Tradition from the North of Italy

From the north of Italy we are bringing you Albino Armani.

Four hundred years of spending time amidst the grapevines and experiencing passion for wine. Indeed, in the Adige River Valley the history of his family and that of winemaking have been united for a long time.

"There is a thought that inspires me, both simple and powerful at the same time: I want to respect the land and the area where I grew up. A place where, ever since I was a little boy, together with my father, I raced around between the wine barrels and amidst the grapevines. It's here in this countryside that I have learned the meaning of "la vita" (life) and of "la vite" (grapevines). Later on, I also learned to love and respect other places and other lands, places I discovered later, like Valpolicella, in the Region of Veneto, and Marca Trevigiana, in Friuli. And gradually these places have also become part of me.

I am convinced that winegrowing is something precious, and something to be protected by making precise and well-pondered decisions. And the nucleus of successful winegrowing always has to be a human being, with his or her exceptional effort to make grapes grow and turn them into wine. A human being that knows and preserves tradition, but using constant circumspection, and sporting the challenge of innovation --- because tradition alone is not enough. I have learned that, out on the fields and in the wine cellar, you do what you have to do: in a natural way and without taking shortcuts. And the results are my wines." 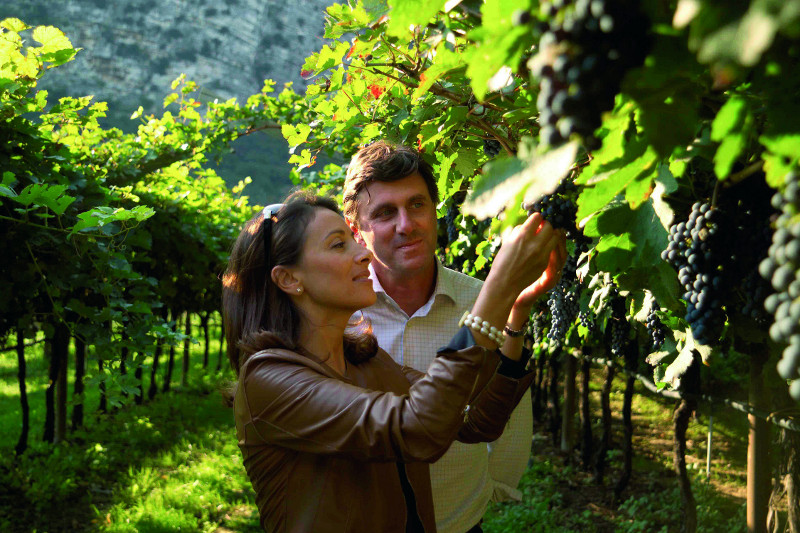 Privacy preferences
We use cookies to enhance your visit of this website, analyze its performance and collect data about its usage. We may use third-party tools and services to do so and collected data may get transmitted to partners in the EU, USA or other countries. By clicking on 'Accept all cookies' you declare your consent with this processing. You may find detailed information or adjust your preferences below.

Show details
Our webpage stores data on your device (cookies and browser's storages) to identify your session and achieve basic platform functionality, browsing experience and security.
We may store data on your device (cookies and browser's storages) to deliver non-essential functions that improve your browsing experience, store some of your preferences without having an user account or without being logged-in, use third party scripts and/or sources, widgets etc.
Use of analytic tools enables us to better understand needs of our visitors and how they use our site. We may use first or third party tools to track or record your browsing of our website, to analyze tools or components you have interacted with or used, record conversion events and similar.
We may use cookies and third party tools to enhance products' and/or services' offer of ourselves or those of our partners, its relevancy to you, based on products or pages you have visited on this site or on other websites.
Close